Tremella fuciformis plants have a short growth cycle and belong to the medium-temperature type constant-temperature fertility fungus. The biological characteristics of the two types of mycelium hybrids are unique, and as long as they are negligent in management, they will result in underproduction or total loss. Comprehensive analysis of the causes of technical failures in various places is as follows: The bacterial bag matrix is â€‹â€‹poor. After the inoculation, the contamination of the bacteria was serious. The main reason was that the material bag was not completely sterilized; the quality of the material bag was so many pinholes that the pollution was serious; and the contamination of the bacteria was caused by too high moisture during the preparation of the culture material; Mixing and bagging time extended, the bag temperature was high, and microorganisms were active. The material was rancid and the strains could not be eaten and planted.
Improper cultivation season. In the natural temperature conditions, cultivation of Tremella fuciformis in spring and autumn is appropriate, but some farmers blindly advance or delay the inoculation. As a result, the spring encounters the cold and the autumn is exposed to high temperatures. Mycelium grows weak under adverse conditions. In particular, the autumn planting temperature is unstable, especially in the case of high temperature mycelium damage, affecting the ear and yield.
Inoculation is not strict. The inoculation room and tools are not completely disinfected, and the surrounding environment of the inoculation room is poor or close to the food brewing factory; the operator's clothing is brought into the room; the inoculation is not performed according to the aseptic operation requirements, resulting in contamination of the bacteria.
The bacteria control temperature is not good. Tremella inoculated for the first 3 days after germination, 4-12 days for the growth period, the temperature requirements, the germination period does not exceed 30 Â°C, the growth period does not exceed 28 Â°C. Some growers do not have a good grasp of this limit temperature scale, when the over-temperature does not take the sparse bag heat dissipation and other measures, resulting in hyphae endangered by high temperature, black water spit, occurrence of bad ears; spring encountered bacteria encountered Cold winter, did not heat up in time, so that the mycelium at a low temperature for a long time, the results of mouth spit white mucus, have a direct impact on the ear and yield.
Open hole expansion point error. The suitable bacteria age for opening oxygen in the bag opening is usually: 10 days for opening the small mouth, tearing the tape over 2-3 days, and cutting the film for 2 days to expand the hole. The three procedures are 15-16 days. Sexual completion, the bacteria age 14-15 days. The cultivated households often delay the opening and expansion of the caverns, which results in a serious lack of oxygen in the bags and leads to debilitating growth.
Excessive water spray humidification. After the bacterial bag opening aeration cover paper, the water was not sprayed in time, the inside of the bag was vigorously breathing, the water evaporates quickly, the hyphal hyphae dried up, and the original base was difficult to form. Some growers saw the formation of the primordium, and they modeled themselves in the same way as the black fungus and sacrifice, and washed away the primordia. The Tremella primordia is a single seed or a single flower. Spraying too much water affects the ear rate and young ears. In addition, the water spray is closed, the ventilation is poor, and the mold is attacked and the ear is burned. Some of the cultivars are too high and the water spray is high. Without water, the bottom layer is too wet, resulting in uneven ears at high and low levels, and even water shortages at high levels, resulting in poor fruit body development.
Shed structure is not proper. The cultivation of white fungus in the old house is mostly a single door, lacking windows, and the air is not convective. Therefore, the ventilation at the entrance is good, the long ears are excellent, and the long ears inside are poor. There are no ventilation windows above some cultivation rooms. After the water is sprayed and humidified, the water vapor rises. The lower drip piles gather on the ear bags on the top shelf of the cultivation racks, causing the earliest bacteria bags to rot.
Poor quality of bacteria. The strain itself is impure, with bacteria or viruses, especially radioactive bacteria, mixed in the bacteria, the seeding force is very strong, overwhelm the mycelium of Tremella so that it can not be heard; some of the hyphae degraded after the inoculation, after inoculation The initial trend was normal, showing a black color, gradually disappearing into white and disappearing halfway, resulting in the whole batch being not eared; there were also misaligned ratios of the two types of mycelium during the seed production process, and the dominant mycelia was overwhelmingly dominant, while the white fungus mycelium was inhibited. Resulting slow ear or ear rate is not high.
Insect protection is not timely. Before the opening of the mushroom bag was torn, no pesticide was sprayed. After the opening, the tapeworm bite into the hole to bite the hyphae to prevent the ears from coming out. Other doors and windows did not install screens, especially when the spring primordium differentiated into young ears. Flying from the window, and the reproduction rate is very high, larvae are formed by laying eggs at the hole, and the mycelium is sucked into the hole to cause batch failure.

Flower shape design origin from the principle of aerodynamics, it reduces the surface area that impedes the flow of air from the air supply ceilings, resulting in a less turbulent flow underneath the light; the flower shape also can suit to mobile type, can choose straight arm or tube arm; the battery inside of the lamp base can last long for 8 hours, the flower lamp spot diameter is adjusted by electric, the brightness of different LEDs is adjusted automatically to change the spot size, which will avoid the possible occurance of mechanical malfunctions; 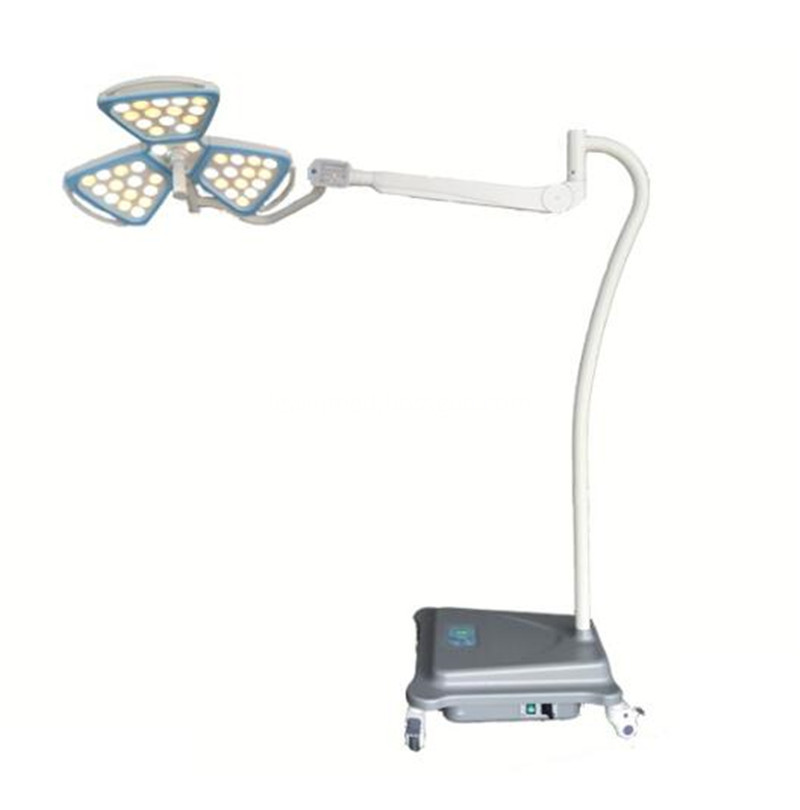